The Inaugural class of the newly created BCISD Hall of Honor were announced and recognized at the Burnet Chamber of Commerce Banquet on Saturday, February 8, 2014. 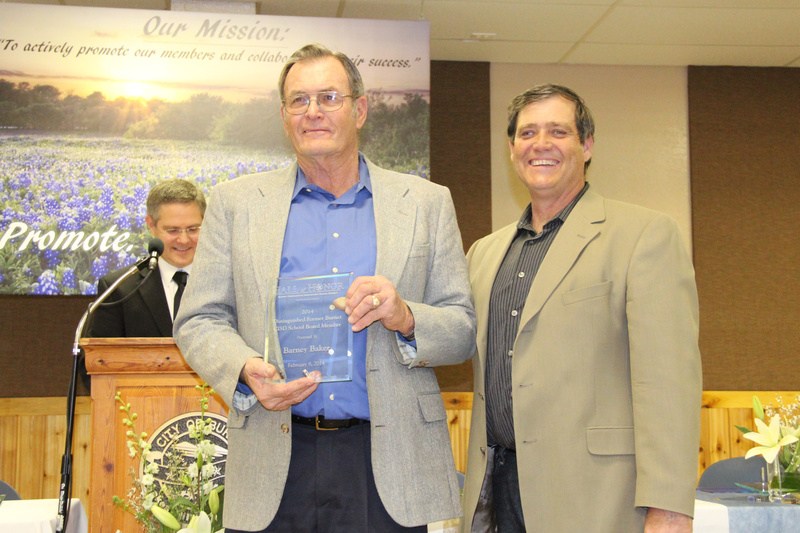 Burnet CISD Distinguished Former School Board Member Barney Baker served on the Burnet CISD Board of Trustees for 18 years from 1981 to 1999. For 14 of his 18 years, he served as President of the Board where he devoted countless volunteer hours to the children of Burnet CISD. As a Board Member, his primary focus was to better the Burnet school system. As Board President he provided leadership and direction for the team of eight.
In addition to his Board service, he also served as a Director for Farm Bureau for 38 years serving 18 of those years as President. He is a 20 year member of the Kiwanis Club and was selected as Burnet’rsquo;s Honor Citizen in 1986. He has been employed with Camp Longhorn for 59 years.  Current School Board Member Robby Robertson presented Mr. Baker with his award.
2014 Burnet CISD Distinguished Former Athlete
Dudley Meredith 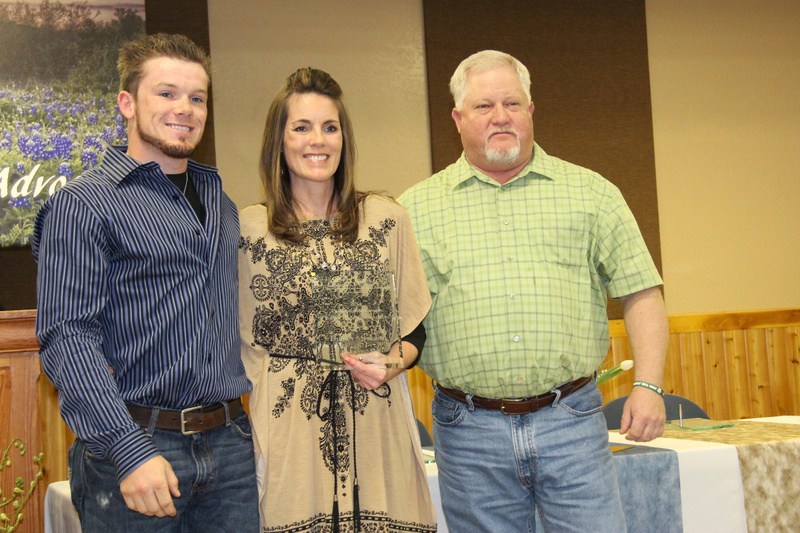 Dudley Meredith has been chosen as Burnet CISD’s Distinguished Athlete. He graduated from Burnet High School in 1953. He was an outstanding athlete at Class 1A Burnet High School where he excelled in football.   He didn’t actually join the football team at Burnet High School until his junior year where he developed into possibly the finest lineman in Bulldog history. Dudley’s advantages were his strength and his quickness. After high school, Dudley played for three colleges. After Two years at Del Mar Junior College in Corpus Christi, he starred at Midwestern University in Wichita Falls until that school discontinued football after its 1956 season where he then attended Lamar University in Beaumont. At Lamar University, he earned All-American honors from the Associated Press in 1957, thus becoming the university's first player to receive the award, and was named to the All-Lone Star Conference team. Meredith was a twenty-first-round draft choice of the Detroit Lions in 1957, but was cut after the first exhibition game. He joined the Houston Oilers of the newly formed American Football League in 1960. He played with them in 1963, and then spent five seasons as a reserve defensive tackle with the Buffalo Bills. He was a key player on the team's 1964 AFL championship team. He was reacquired by the Oilers early in the 1968 season. Career highlights include 77 NFL games played, one interception, one fumble recovery and he played in one pro-bowl. At the time of his death of a heart attack in Jacksonville Beach, Florida, on December 22, 1987, he was employed in Beaumont as a transporter of construction materials nationwide.  Mr. Meredith's grandson Garrett Augsburger and daughter Jo Lynn Augsburger are pictured here receiving the award from BCISD Board member Jeff Hullum. 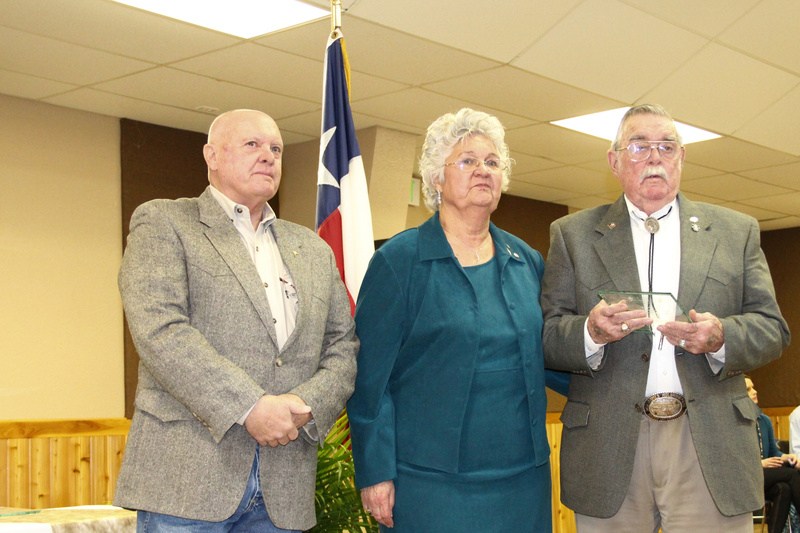 Burnet CISD’s Award for Distinguished Burnet High School Graduate goes to Jason Holbrook. He graduated from Burnet High School in 2000. In high school, Jason was an excellent athlete, but more importantly an excellent student. After high school, he was accepted to West Point Military Academy where he majored in Environmental Science. Capt. Holbrook was a Green Beret, Ranger and member of the Army Special Forces. He graduated from the Special Forces Qualification Course and reported to 1st Battalion, 3rd Special Forces Group (Airborne). He had previously served in Iraq before deploying to Afghanistan. He was deployed in July as part of Combined Joint Special Operations Task Force-Afghanistan. Jason, who was supporting Operation Enduring Freedom, died July 29, 2010 of injuries sustained when insurgents attacked their military vehicle with an improvised explosive device.
Cap. Holbrook was awarded a Bronze Star, two Purple Hearts, and a Meritorious Service Medal. He is a true hero for the sacrifice he gave to our country and he represented Burnet with the highest esteem. School Board President Andy Feild presented the award to James and Elaine Holbrook, the parents of Captain Jason Holbrook. 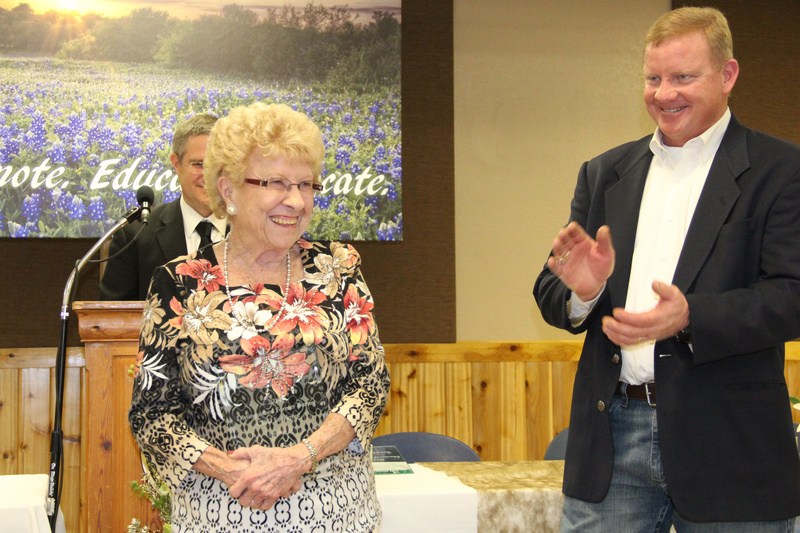 Evelyn Sandner taught special education and music at Burnet Elementary for 28 years. She was one of the most compassionate teachers Burnet CISD has ever had and she spent countless hours during her tenure making sure students with special needs were successful. It is impossible to truly measure the positive impact that this teacher made in Burnet CISD.
In retirement, she continues her work of meeting the needs of others by serving on the Board of the Sheltered and the Mental Health Board. She is also a member of the Friends of Seton Highland Lakes where she volunteers to help in fund raising projects. In addition, she is a member of a sorority that helps with Burnet community projects and provides scholarships to Burnet High School students. She is a 50 year member of the Methodist Church choir. Board member Jim Luther, Jr., presented Mrs. Sandner with her plaque recognizing her as Burnet CISD’s Distinguished Former Employee.