The Burnet CISD Hall of Honor was begun in 2014 as a way to honor those people that have made significant contributions to Burnet CISD directly or through their individual success post-graduation. The Hall of Honor is represented by a permanent display at Burnet High School that contains a 60 year perpetual plaque for each Hall of Honor category.

Nominations are accepted each fall for the following categories:
Distinguished Burnet High School Graduate
Must be at least 10 years removed from graduating from Burnet CISD. The graduate must have excelled either personally or professionally after graduation bringing honor to himself/herself and to Burnet CISD.

Distinguished Former BCISD Employee
Must be at least 10 years removed from employment with Burnet CISD. The former employee must have provided dedicated service to the District as an employee.
To submit a nomination, please click the link below:
Hall of Honor Nomination Form 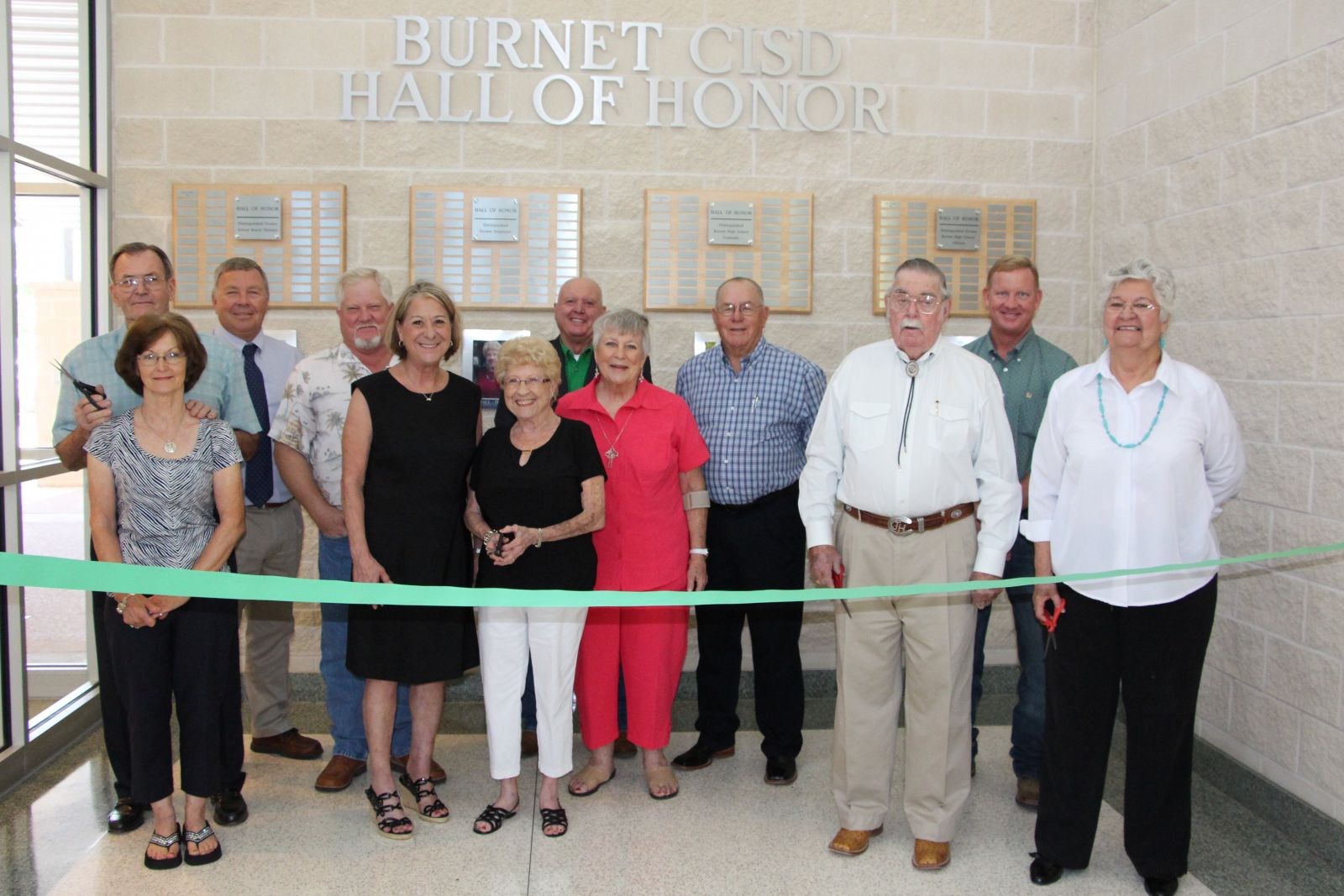 The inaugural 2014 Burnet CISD Hall of Honor recipients were recognized with a special ribbon cutting on August 15, 2014. The Hall of Honor display is located in the Administrative Building of Burnet High School. The display includes a picture and plaque for each of the four honored categories. Recipients pictured: l-r Barney Baker, Distinguished Former Board Member with wife LaDawn; Evelyn Sandner, Distinguished Former School Employee with daughter Jill Ringstaff; James and Elaine Holbrook, parents of Jason Holbrook, Distinguished BHS Graduate who was killed in the line of duty in Afghanistan. The family of Distinguished Former Athlete, Dudley Meredith, was not able to attend. School Board members Craig Barefoot, Jeff Hullum, Andy Feild, Charles Williams, and Jim Luther, Jr. are pictured with the families.