Since being named superintendent, McBurnett has been responsible for Burnet CISD securing over $4 million in grant funding to support a K-8 after school program; passing a $26.75 million bond program to renovate and expand existing campuses; implementing historic pay raises for staff, passing a Tax Ratification Election with a 90% approval rate; and implementing numerous programs to increase college and career readiness opportunities for students. In addition, under his leadership, Burnet CISD was named the 2015 HEB Excellence in Education Small School District Award winner for providing innovative educational offerings to students. In 2017 the District was 1 of 22 districts in the State of Texas to be named to the Seventh Annual CollegeBoard AP Honor Roll.

McBurnett is proud to call Burnet home and his passion for service goes beyond the school district as he is very involved in the community through his volunteer work. He is especially proud of receiving the Chamber of Commerce 2018 Thomas C. Ferguson Outstanding Citizen of the Year award and the Valley Lodge #175 2014 Community Builder award. 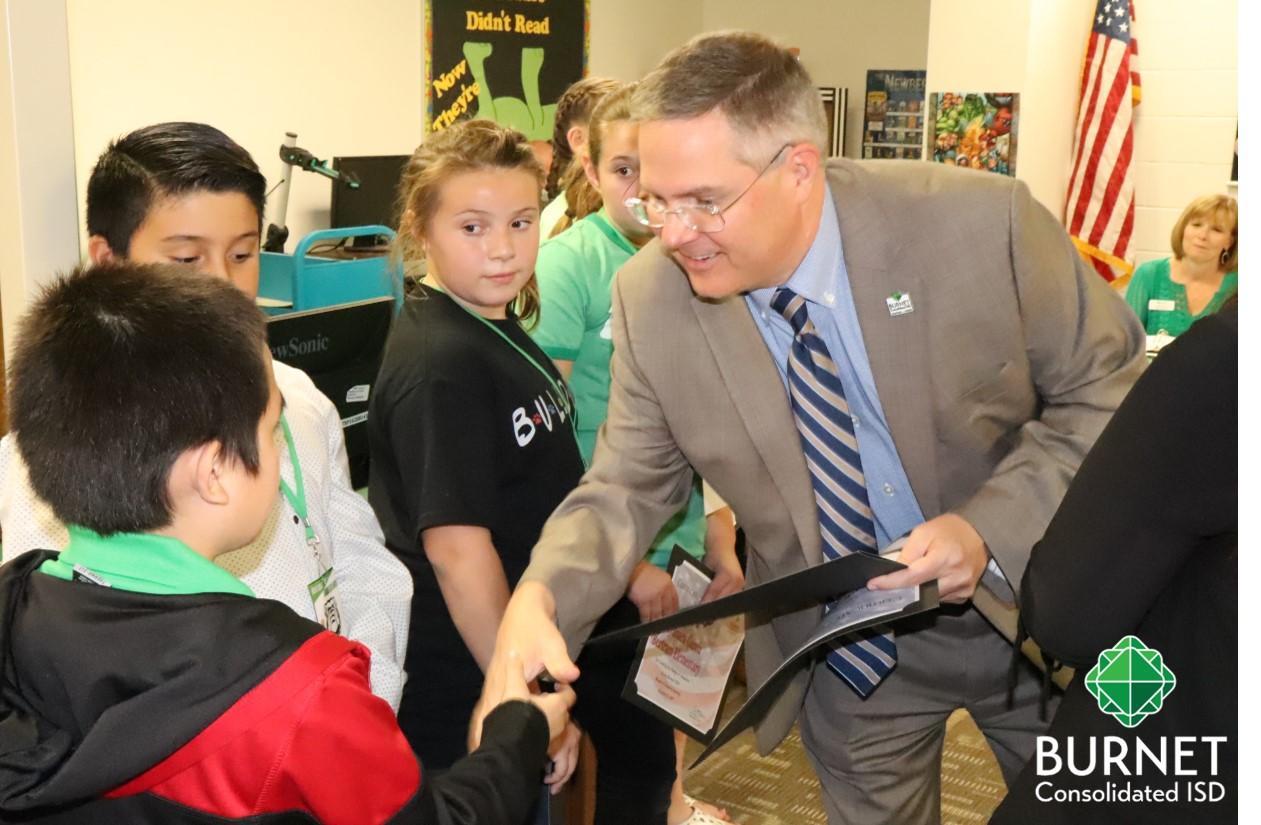