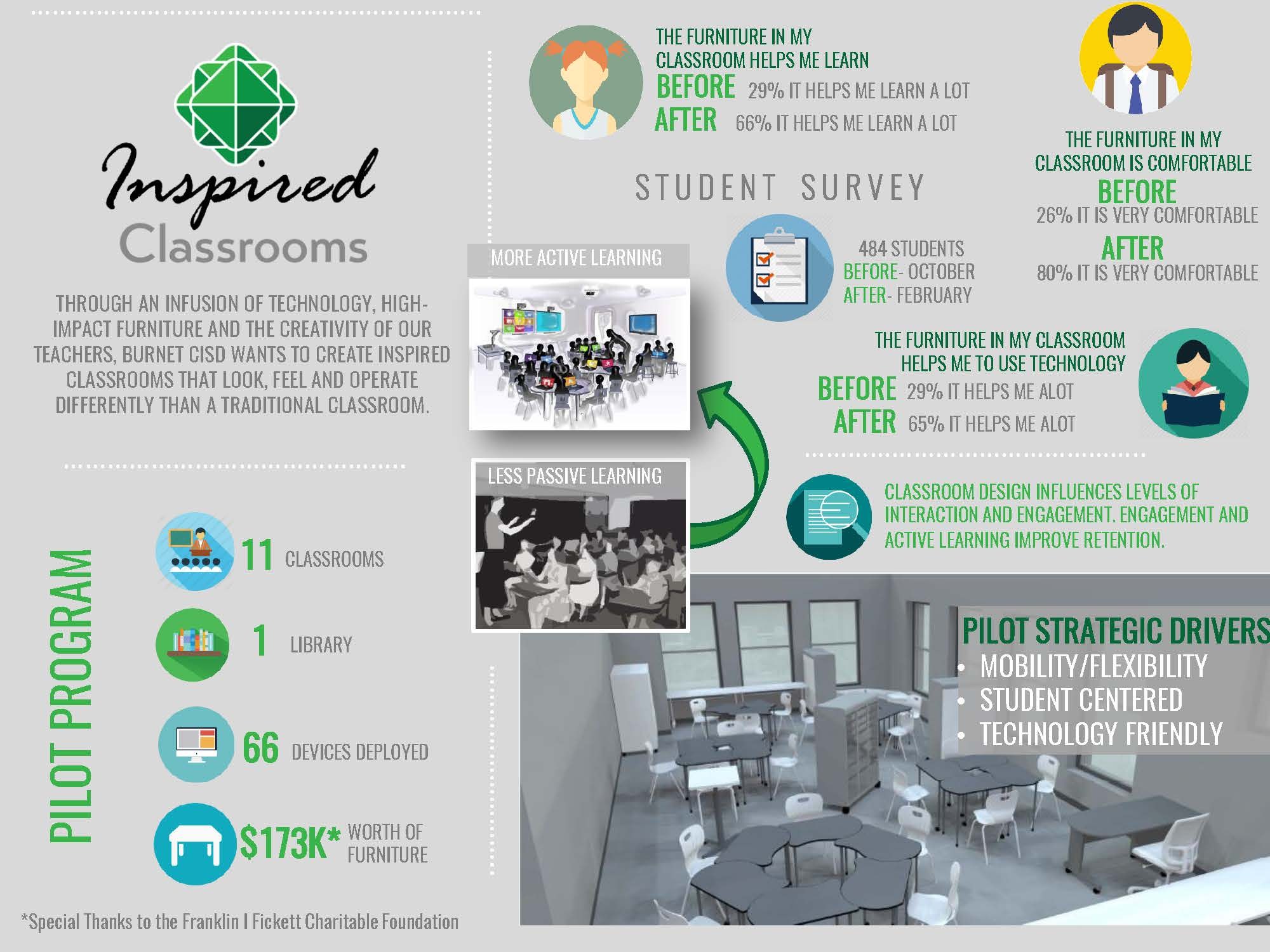 Burnet Consolidated Independent School District  is seeing a leap in student engagement after its successful installation of new transformational learning spaces with the help of leading educational services partner MeTEOR Education. In the fall of 2016, the district began piloting the Inspired Classroom project, which uses an infusion of technology, high-impact classroom furniture and teachers’ creativity to create classrooms that look, feel and operate differently than traditional models. The pilot was made possible through a donation provided by the Franklin I Fickett Foundation.

The project began with a meeting with pilot participants in September 2016, to share ideas and lesson plans that would take advantage of the new furniture and technology offerings. The furniture was installed in October 2016, and from November through February 2017, two more meetings for sharing ideas, needs, and experiences were held. Technology training took place in December 2016.

“This project challenged our traditional ‘sit and get’ model of student learning,” said Keith McBurnett, the superintendent for Burnet CISD. “And I honestly never thought I would see these kind of results. The technology and flexible furniture configurations provided new exciting ways for students to learn, increased collaboration and helped us build and strengthen other 21st Century skills.”

The furniture, technology and training not only impacted the students, but it also changed the instructional methods of Burnet teachers.

Survey results from teachers indicated that the new furniture has been a catalyst for thinking outside the box and making lesson plans more collaborative. Additionally, the flexible configurations have helped remove barriers for teaching, allowing students to re-orient themselves to different views of the room as needed and encouraging teachers to move around and be more involved.
Inspired Classrooms Documents